Link Sachsen-Anhalt DIGITAL
VISUALIMPRESSION (Stefan Haberkorn) is supported by the promotion of projects to shape digital change in Saxony-Anhalt. I would like to thank both the taxpayers and the state government for this support and the trust they have placed in me. I believe in Saxony-Anhalt as a business location and actively strengthen the development of innovative digital products. At the same time I am working to create new jobs to inspire young people to become active in the region together with me.

The Magdeburg in Light Festival and Event

Objective of the project: The "Magdeburg in Light Festival" should be brought into international visibility. Cities like Berlin and Leipzig show that it is possible. Past small video projects show that there is a great demand and that the described Beamer Festival in Magdeburg is missing. We want to develop an ongoing event format, which presents annually always different beamer projections to the visitors. Perspectively, the invitation of international mapping artists is also planned. Our event will be smaller than e.g. "Berlin shines", but as a lighthouse project it will bring Magdeburg into a nationwide visibility and be a magnet for culture lovers.

The "Magdeburg In Light Festival" is to become a sustainable and ongoing media event for the city of Magdeburg and a beacon for Saxony-Anhalt.

What is "Magdeburg In Light"?

"Magdeburg in Light" is the first continuous video beamer light event in Magdeburg. You may already know "Berlin in Light" with impressive moving beamer installations e.g. on the Brandenburg Gate. We were also very active in Magdeburg, e.g. with the technical and content-related 3D realization of the theater video projection "Alles nur Fassade" on the "Ratswaage" on October 2, 2019, as well as a "beamer projection" on the city hall at the Europe Festival 2014 and at the "La Notte - zu neuen Ufern" Puppet Theater Festival on the think tank in the Science Harbor 2011. 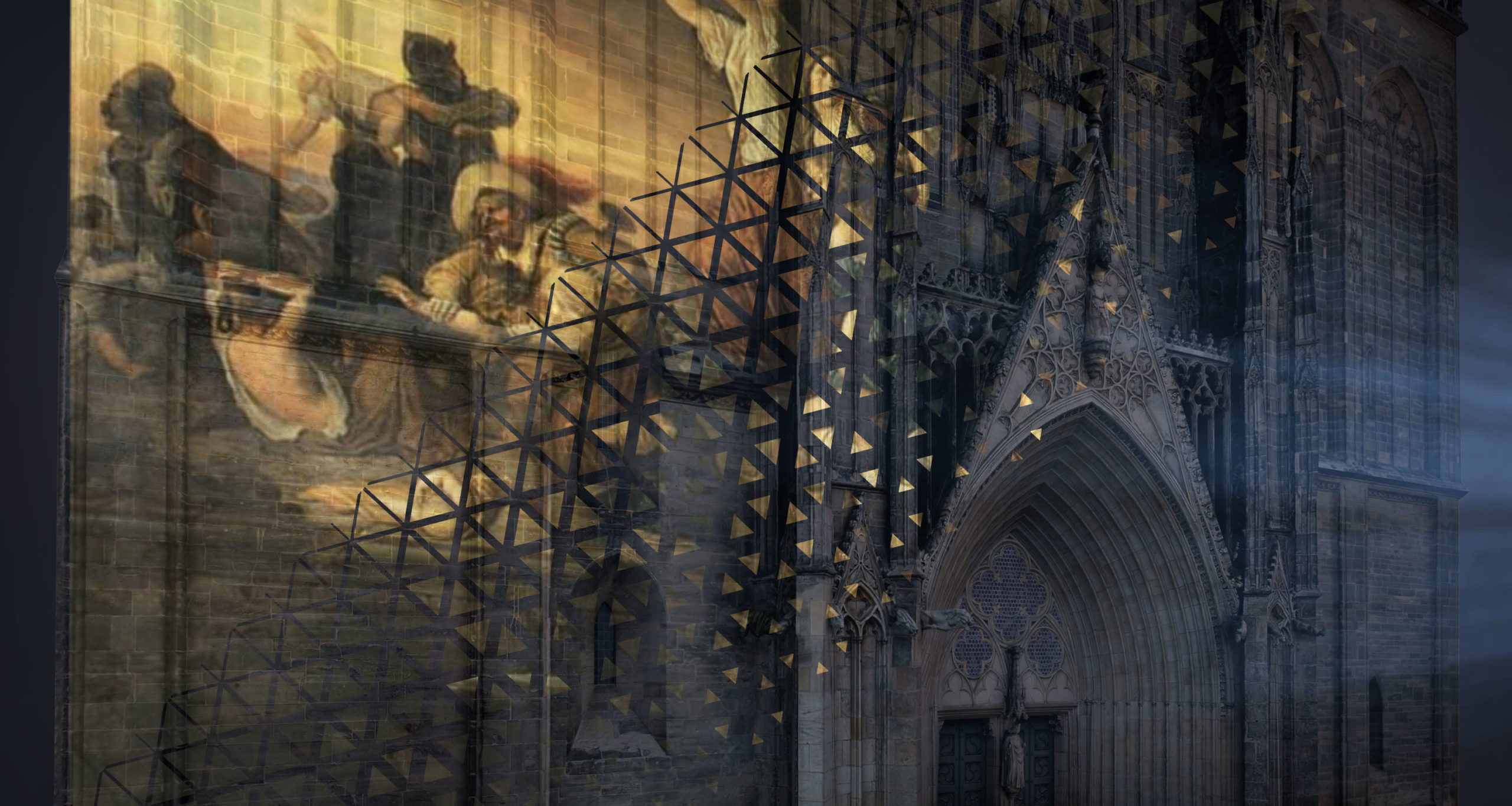